Four-flute solid carbide end mills are the go-to tool for a host of milling operations. A good one can plunge, ramp, pocket, slot, and side mill without complaint. It will last a reasonably long time, even in cast iron and high-temp superalloys. It’ll rough like there’s no tomorrow but leave a smooth surface on finishing cuts. Above all, a good end mill will be predictable, with no more surprises when you come back from break. It might not be the lowest cost tool available, but it’ll make your shop more efficient overall and make even a commodity machine tool shine like a new penny.

The trick is finding which of the dozen or so cutting tool providers out there offers the best all-around end mill, a tool that performs well in each of these applications and does so across a wide range of materials. Kennametal engineers have put together a checklist of features to look for in a go-to end mill, chief among them a design that mitigates the leading cause of premature tool failure, chip recutting.

We’ve all heard it. The crunch, crunch, crunch of recut chips. It sounds bad, sure, but what’s it doing to the end mill? Or worse, the part? This is why it’s important to find a flute design that forces chips into tight curls and breaks them into manageable pieces. An end face that actively promotes chip evacuation and strategically-placed gashes along the flutes can then lift those chips up and out of the cutting zone. The result is better coolant flow, hugely improved tool life, and no more busted end mills. 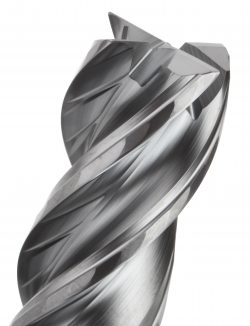 With chip gashes, variable helix, and an eccentric, faceted edge relief, the HARVI I TE kills chatter and sends the chips flying, no matter what you’re cutting.

So you cranked up the feedrate to where you think it should be. The cutter’s humming along nicely, the chips are flying everywhere, and you might make quota by lunchtime. Then…snap. The end mill just sheared off like the linchpin on your snowblower after the big blizzard last March. We’re willing to bet that an end mill with a parabolic core could have handled that higher feedrate, and possibly much more. This is further supported by a faceted, eccentric flute relief, which not only reduces cutting forces but also boosts edge strength. And if you you’re concerned about chatter, look for an end mill with variable helix angle and asymmetric flutes, which help to stop vibration in its tracks. 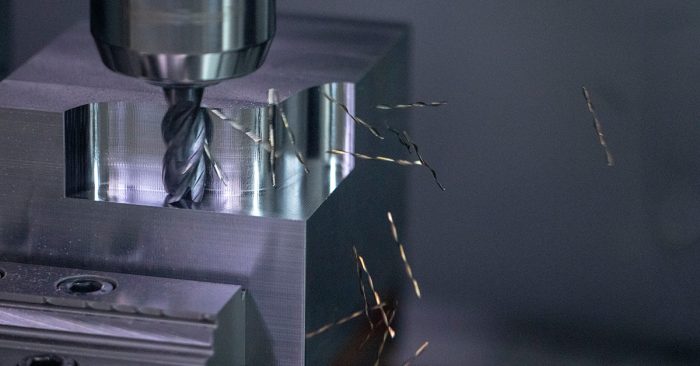 Side milling, trochoidal milling, plunging, ramping, The HARVI I TE is one tough but versatile go-to tool.

There’s more to the go-to end mill story than all this. It should also be available in a wide range of sizes and corner preps. It should handle the lion’s share of materials, something that’s particularly important to job shops, who never know what’s coming tomorrow or even this afternoon. It should cut freely enough that, even in the wimpiest of machining centers, it’ll work like a champ (but watch it rock and roll in a heavy-duty mill. Yeehaw).

And as alluded to earlier, a go-to end mill should be durable enough and versatile enough to tackle the lion’s share of milling applications, whether that’s plunging a couple diameters deep, milling a full-width slot, or ramping into a deep, narrow pocket. From Kennametal’s perspective, this tool is the HARVI™ I TE, a four-flute, solid carbide end mill that meets the criteria just discussed and could easily be your next go-to tool. But you might have other ideas. If so, are you ready to take the Pepsi challenge? We say, “Bring it on.”

LEARN MORE ABOUT THE HARVI I TE