The original mousetrap of the 1890s—nobody has built a better one. The same can be said of Trusty-Cook’s polyurethane spindle liners. A manufacturer of automotive components in Florida concurs with this assessment. 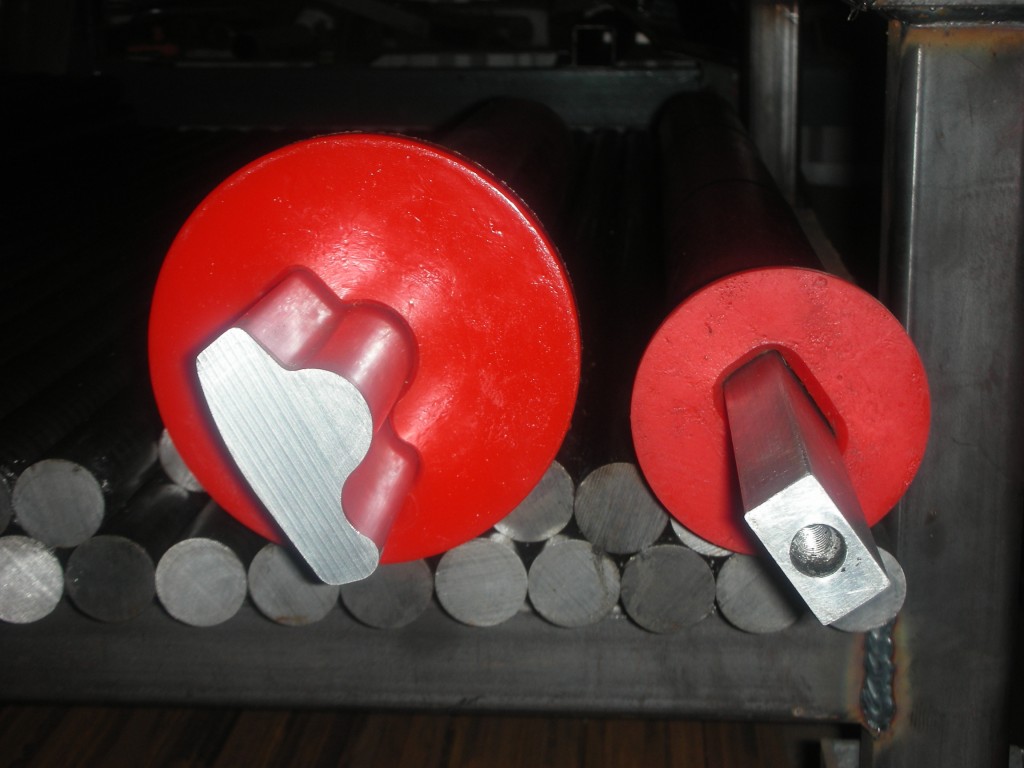 The plant faced a challenge: reduce machining and labor costs on a series of complex parts requiring both turning and milling. The normal operation to make these parts included multiple machines attended by operators, which had become unacceptable to upper management. Moving machining operations to Mexico was to be the next step, if unit costs were not controlled. The engineering team in the plant partnered with outside resources to meet the demands of upper management by developing a cell to manufacture the parts in one cycle. 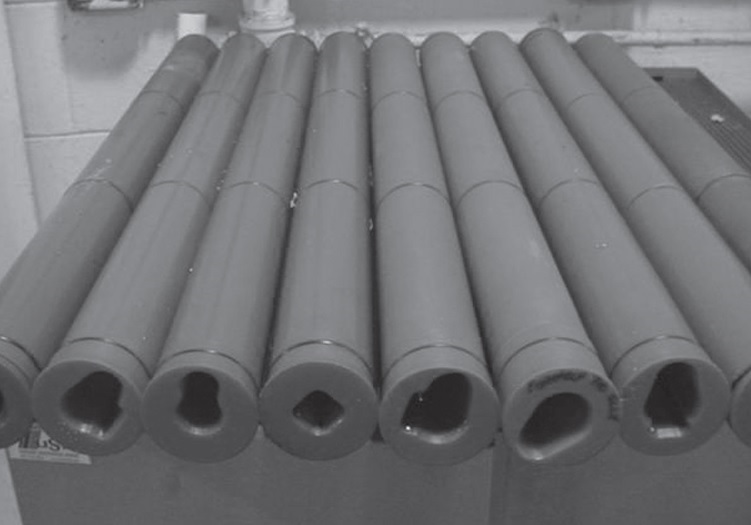 The components were rocker-arm-shaped automotive air conditioning connector components made from shaped 6061 aluminum bars approximately 40” long. The advance in manufacturing resulted from using a special short magazine bar feed combined with Trusty-Cook’s polyurethane spindle liners having IDs shaped to fit the contour of the extruded bars. 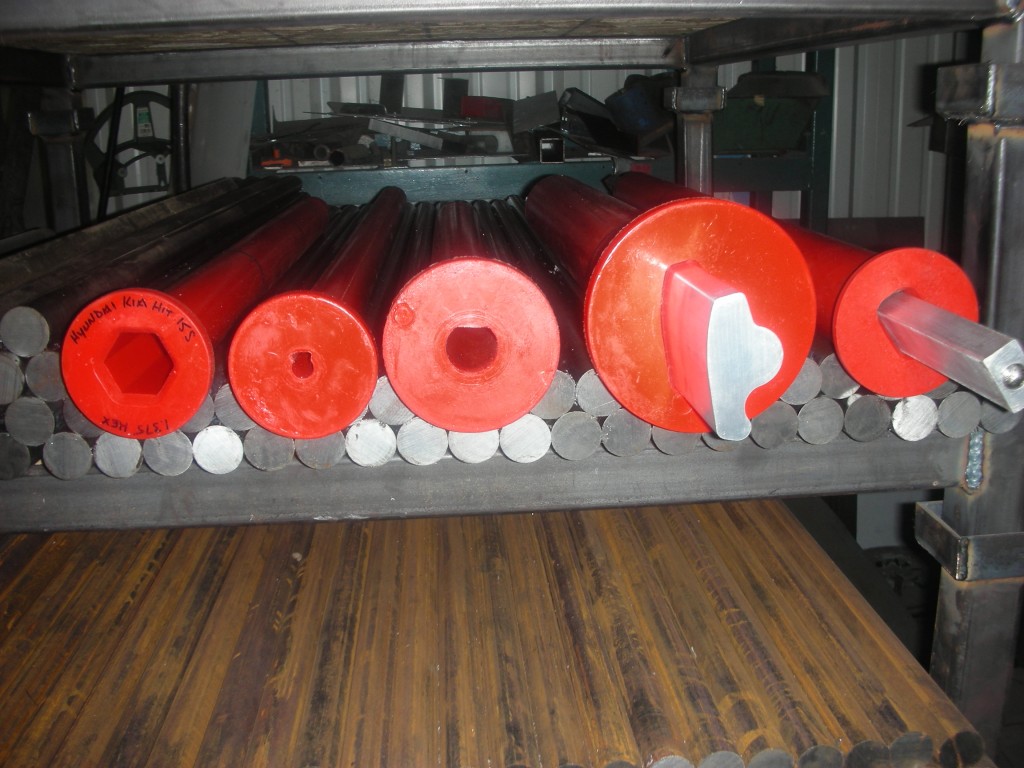 The plant’s challenge was to feed custom-shaped extruded bars into the spindles of two twin-turret multi-axis turning centers so parts could be completed in the primary cycle without continual attention from an operator. For the operation to be successful, however, the shaped bar stock had to orient so it would align with special EDM’d collets in the lathe’s spindle noses. Trusty-Cook’s Polyurethane CNC Spindle Liner made it possible to orient and support shaped bars that have an approximate 2-1/2 by 1-1/2” cross section that would have been difficult to run in the lathes even if they had had been manually loaded. 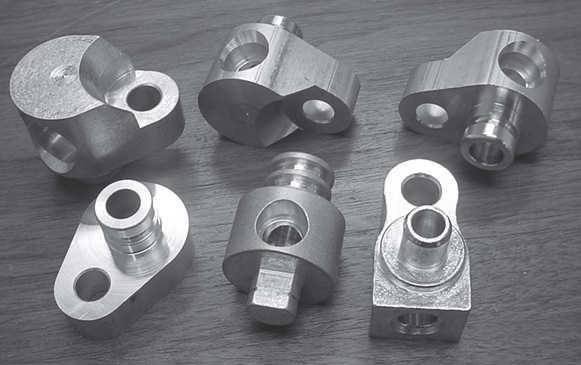 Before switching to Trusty-Cooks spindle liners, the parts were cut from shaped bar then run on a machining center, unloading and re-fixtur­ing each part on a pallet for first and second operations which included turning, hollow mill­ing and drilling. The reengineered process completes the parts in one 30-second cycle using the sub-spindles of the turning center for back end work. The machines run unattended except for replenishing the stock racks on the feeders and checking parts as the parts exit on conveyors. 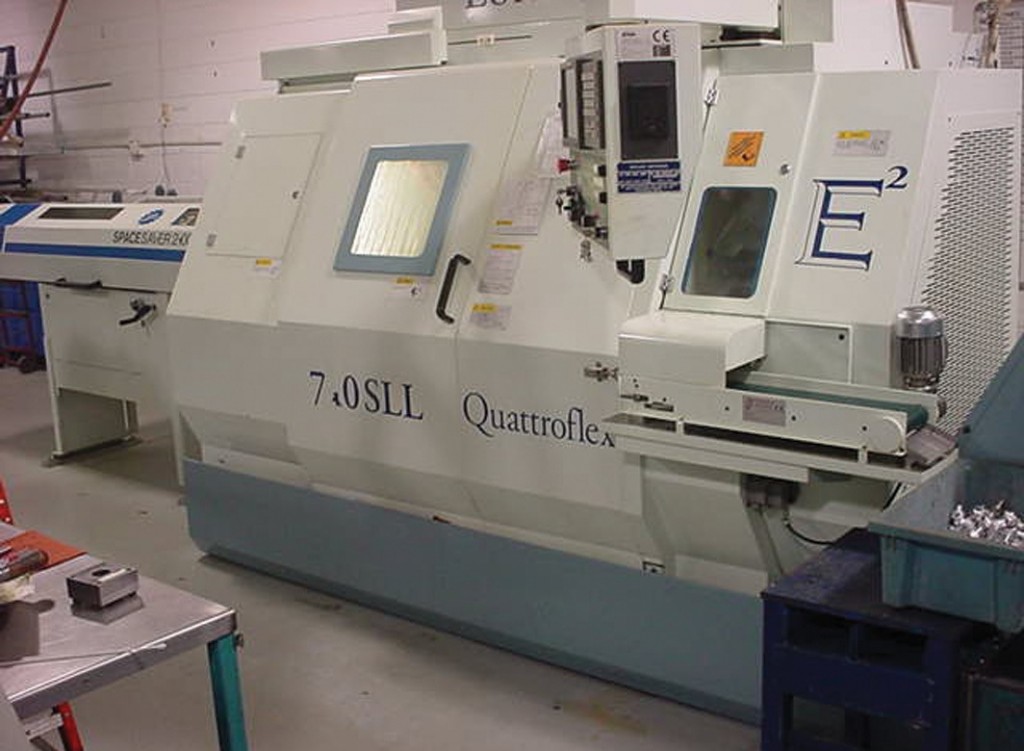 Trusty-Cook’s patented polyurethane spindle liners are unique in several ways. Molding the ID of the spindle liners, rather than machining the IDs, provides a smooth surface that closely supports shaped stock (normal clearance of 0.030”). The liner material has tensile strength to 7500 psi, is resistant to tearing or chip imbedment—95A durometer—and withstands temperatures in excess of 300 degrees F.