I did notice some time ago that I really only go to EBay anymore to buy new stuff from rather specialized dealers.
The old days of finding cool stuff from private persons seem over.
But last week I was actually perusing through EBay and came across a vendor offering a complete PC2 Dialog control (the unit that sits in the cabinet) for 125€.
Considering that this is the later version of the 90 series this is rather cheap.
I checked and the buy-now listing had been up for 3 months with no-one buying it!
OK, it did not say Deckel, but only Grundig control unit, but still.

Ebay has just sold "Kleinanzeigen" to the guys of dutch Marktplaats. They will first loose the "EBay" in the name completely inside of an agreed to time frame.
I am sure they will then start ruining it. They already said they will loose the phone number that a vendor can put in. I fear it will go the Ebay way of incrementally making it a sterile vendor platform.

Kleinanzeigen is currently the most clicked website in Germany! I do not know why Germans take to these website so well, while other countries do not at all.

Anyway, I had a score, which has not happend in a while on that site.

Marktplaats is actually a division of Ebay; started independently in the dot-com-boom-years, and quickly became the leading "sell-your-stuff" site in Holland. Because of them, Ebay never took off here. So when the time came for the founders to strike it rich, Ebay bought them. Nowadays it's mostly businesses selling new junk, but still a sizable portion is individuals trying to make a buck.

No idea why the "kleinanzeigen"-format, like marktplaats in Holland, has so much traction over Ebay itself in our countries (for the uninitiated: we're neighbours).

Yes I had my facts confused.
EBay Kleinanzeigen is owned it seems by Marktplaats, which in turn was owned by Ebay Classified (owned by EBay), who own like 20 such sites in Europe and also Mobile.de.
They have now been sold to a Norwegian company as a whole.
It is difficult to judge popularity against population size, but Marktplaats, 2de Hands, Ricardo and and particularly Le Bon Coin seem very tiny compared to Kleinanzeigen. Particularly I do not understand the french in this regard. Le Bon Coin seems very marginal. Do they have something else or is this a sort of mentality issue?
Also Italian Subito seems lame.
Dont kow what the spanish have.
Poland has Alegro? Also not much, but I have a real language issue there.
D

Prices are dead. What do you expect??
Makes me a bit sad as well, old machinery isn't valued more.... 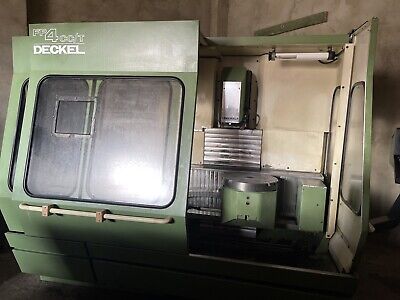 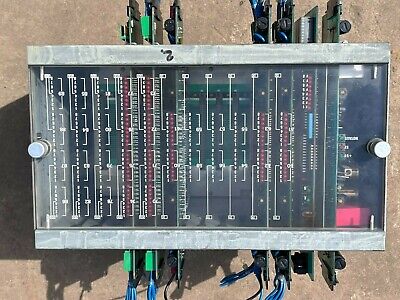 Ever since Ebay raised the Final Value Fee I have not been inclined to sell anything there, not because of the monetary increase but because it feels like Ebay is just gouging at this point. I do keep paying them $26 a month for an Ebay seller something, which decreases Final Value Fee though it's been a colossal loss for me as I rarely ever sold anything.

When they ditched PayPal and went inhouse for money transfer I thought they would give sellers a break on money transfer fees instead, with the raise in FVF, they are charging more than what is cost with PayPal.

Martin P said:
Kleinanzeigen is currently the most clicked website in Germany! I do not know why Germans take to these website so well, while other countries do not at all.
Click to expand...

I think the reason is simple. Over the past decade I have bought many items (dozens) via Ebay Kleinanzeigen. With a few exceptions, all of these were paid for in advance by either bank transfer or PayPal friends and family and shipped to me. In all of that time, I have not been cheated or ripped off even once! In the other places that I have lived (US, France, UK) that would not have been the case.
So I think the reason has to do with German culture, which emphasizes honesty and reliability. In my experience, the normal people who buy and sell metalworking stuff on Ebay Kleinanzeigen are exactly that, which makes Ebay Kleinanzeigen work well.

Dead Maho: one of the links you give is for the PC control that I bought, so cheap that it caused this thread. The other I think is a fluke, like a mistype? I think when a machine price goes well below scrap somthing is off.
But yes, stuff has gotten cheap. I love it for the most part.
As Dialog 11 machines drop below 4000€ there is dilemma for the sellers. The dealers part them out to sell off in parts. Others hang on for ever and advertise forever (some examples out there). They cant let go. I will be of of them soon.
There is a very interesting FP4-60 with D12 in my area for 4000€ with tooling, vice and all the bells and whistles. But stored in a barn with no power, no forklift nearby. I offered him 1500 if I can part it out on site. He hates me for it and so its been for sle now for a year. (This machine has some very intersting features and I'd love to play with it, but it is chunky).
A similar example is a FP4AT D11 being advertised. Stores in a barn, no power, wanted 8k for a long time complete. Now advertised for parts, but he will not say a price. I offered him 1k if I can part out on site. He too now hates me. There are so many people who just cannot say a price to save their life.

Peter: Even corrected for population size the number of hits for a certain term (like lathe, mill,... in the respective language) does seem low for Netherlands, Belgium, France. Particularly France. Same for searching for brand names (like Schaublin, which surprised me for France).

Bruce: I agree with the basic honesty of sellers in the metall working department. Had no issues myself yet. I am surprized that you see this may be different elsewhere. But I have also heard this from a professional seller many years ago, who had a certain rule of dealing with certain countries. Some countries were product shipped with invoice, other countries first invoice, then paid, then shipment. His rule had a certain north south deliniation.
About a year ago I bought a complete Dialog 11 control for pimples from LeBonCoin. The seller was great, He had to go through annoying packaging hassles. He was absolutely fantastic. When I sold a machine to France some years ago, they got my deluxe service too. I wanted them to have a good impression.
H

Martin P said:
Peter: Even corrected for population size the number of hits for a certain term (like lathe, mill,... in the respective language) does seem low for Netherlands, Belgium, France. Particularly France. Same for searching for brand names (like Schaublin, which surprised me for France).
Click to expand...

Martin, that seems to me to reflect manufacturing culture; at least in the Netherlands, if you talk about a "draaibank" (lathe) people generally zone out very quickly.
I once had a conversation with a guy on a train - I was carrying a lathe headstock, as I was prone to do in those days - and explained what it was. glassy eyes all over; then I pointed some rotating object and proclaimed that that probably had a part made on a lathe. his reply "Oh I thought these were made in factories"

people generally have no idea here (present company excepted, of course :-) ). And this is reflected, I guess in keyword statistics. Don't know about the French, but could be similar?

Martin P said:
When I sold a machine to France some years ago, they got my deluxe service too. I wanted them to have a good impression.
Click to expand...

That's how it should be done, kudos!

In the 1990s I was visiting a research institute in Kyoto, Japan for a few weeks. At the end of my visit, as is the custom there, they paid me for my travel and expenses in cash (it was around 300,000 Yen, perhaps 3000 US dollars). The next day, I needed to take a train back to Tokyo and then to Narita airport. I asked my Japanese hosts if I needed to be particularly careful on the train with my backpack and all that cash. I will never forget their response: "No one will take anything from you - they can see that you are a Westerner. Not even the thieves would want to leave a bad impression of Japan. You can leave your backpack on your seat, walk around the train, and when you come back, it will still be there, untouched."

I agree ebay nowadays is just for professional shops and sellers. I hardly look there anymore. As for marktplaats, they become infested with professinals but there is an firefox app to blend out these pro-listings. It is bearable that way and there are still little gems to find. Ebay Kleinanzeigen is great, but often they don't want to sell abroad (Netherlands) For some years I made a sightseeing roadtrip for some promising items once in a while with my wife but with the current gas prices these times are over

I have a link in my browser for eBay, but it's a very long time since I've bought something.
And even much longer since I sold anything. After they raised the sellers fee to 10% with PayPal on top,
I left it. I have a great, like new, FP3 table 2229 and I'll need to sell it on leinanzeigen soonest.
I work on the ferry from Bornholm to Sassnitz in Germany, so I get a discount on the tickets.
I should be able to deliver it directly in the harbour.
Thank you for pointing out, the Kleinanzeigen period may soon be over. I haven't used it myself,
as there are many scammers there. Deckel FP1 and Colchester Triumph 2000 ads.
Cheers
Erik
You must log in or register to reply here.

D
Anyone In Germany Willing To Help Purchase A Deckel Dividing Head?

Thinking of buying a BIAX Scraper or have a Green motor model? Read this.