How to De-Energize transformer?

Best way to do this is to lubricate the muffler bearings with blinker fluid.
T

Ahhhh, turn off the incoming power???

If you don't have a disconnect or breaker, you can use bolt cutters; but be sure to cut all conductors at once to keep the voltage balanced.

BTW, i have a bottle of blinker fluid, if anyone needs some.

Sent from my SM-N920V using Tapatalk 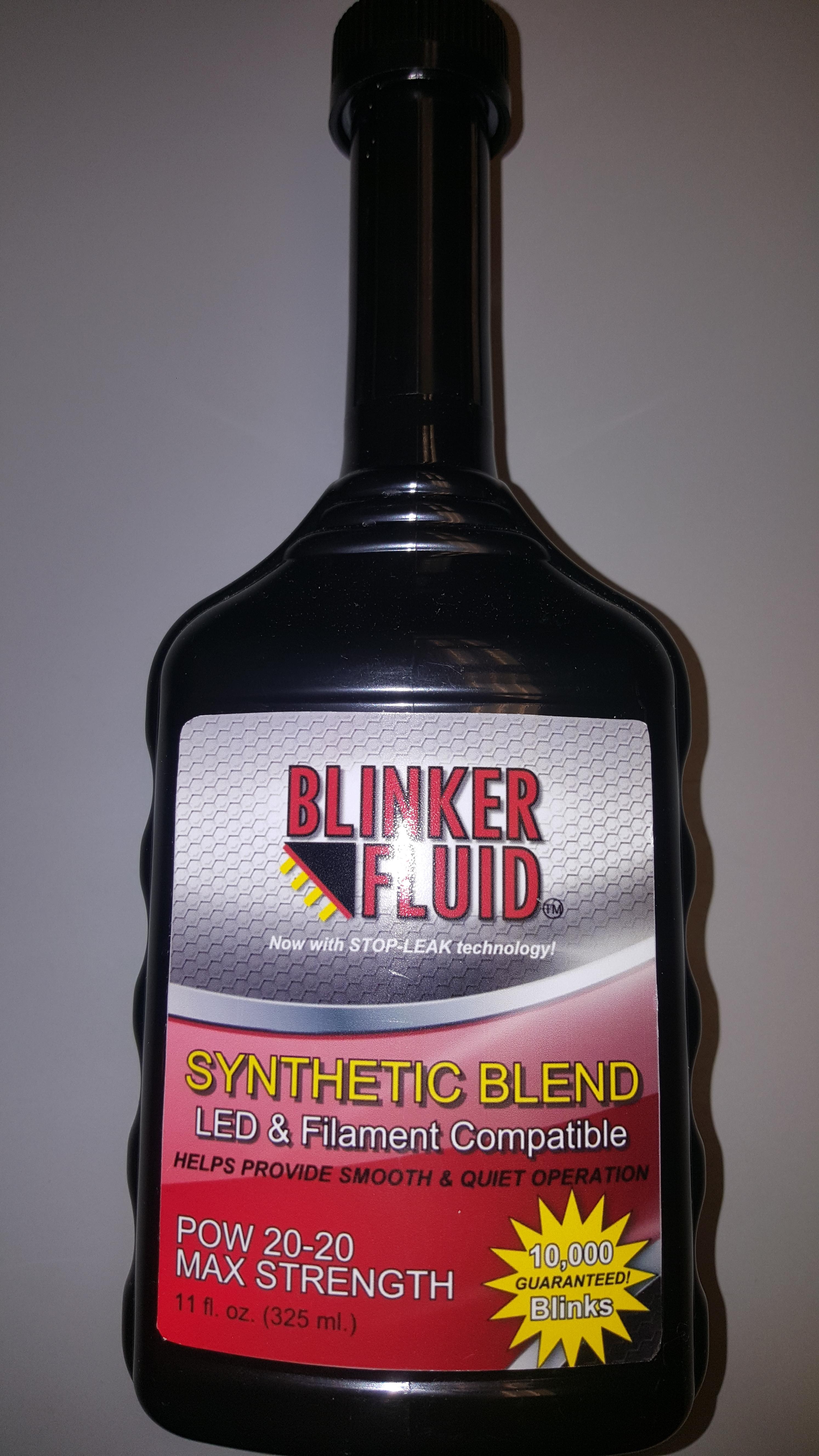 Anyone who asks a question like this has no business messing around with 480 volt circuits. Call an electrician!!!
H

Disconnect the power source. That alone will usually eliminate any voltage. Some transformers have the ability to hold some small capacitance. Just attach a wire to ground ( transformer frame or box ) and then touch to the leads in any order. Every one has to learn sometime. I worked with a guy who was told the high voltage was turned off. He touched the bus, the electricity went in his hand and came out his feet. Melted his fingers together and took a scoop out of his arm full length. He laid there on the ground with his clothes smoking. Flown to Denver burn center for 2 months. Always test with a grounded wire.
D

Well, first off, make ABOSLUTELY POSITIVELY certain the transformer is not connected to anything. I would find it unlikely that much charge remains in the transformer after sitting unconnected for a few minutes, but if you want to be sure, just touch all the inputs/outputs to a known ground and you should be good. Sequence I would take would be to touch the outputs first, then the inputs next, in pairs at a time...you are trying to shunt any pent up magnetism held in the coils so output to output shunt, then input to input shunt.
J

Transformera dont store voltage. Theoretically it could have a dc voltage stored in the capacitance of the coils (to ground) but it is pretty small and will decay quickly. A very high quality special purpose transformer with polyethylene insulation could store a charge, but transformers are usually paper. And the 480v at 1nF perhaps, you would hardly feel it.

Still, you can have lethal voltages on lines that are disconnected due to induced voltage.

The warning is just boilerplate, if its not grounded its live.

Superbowl said:
Anyone who asks a question like this has no business messing around with 480 volt circuits. Call an electrician!!!
Click to expand...

Phht.. or maybe just a "housewife"?

A woman can de-energize the whole freakin' UNIVERSE if she takes it up as a mission.

Or simply turn OFF a switch .... for a guy who can't figure out the obvious?

If you want to "turn-off" a transformer instead of "de-energizing" it?

- tell it it it acts just like its Mother, has bad breath, smelly feet and rotten crotch, farts, snores in its sleep, is lousy in bed..."etc.".

A transformer which does not have any sort of capacitor associated with it should not be an issue. Few do (microwave ovens are an exception).

If no input power (positive disconnection), then the thing is not live.

JST said:
If no input power (positive disconnection), then the thing is not live.
Click to expand...

Just don't open the basement door.(sound of the shark about to bite the boat)

It's not safe to de-energize a transformer without first disconnecting the Kanutin Valve for at least five minutes in order to permit the excess electrons to escape.

I cant even reply to this one, take off your right shoe and drop the bloody thing on your right toe that will deactivate it....twice while saying "I will never play with electricity "

Newman109 said:
It's not safe to de-energize a transformer without first disconnecting the Kanutin Valve for at least five minutes in order to permit the excess electrons to escape.
Click to expand...

Don't you have to beat on pots and pans or flog the housing with a wet noodle to scare them out?

My terminology was vague. I would not have the power connected in any way while
doing this, but concerned about residual energy in the transformer, much like
the energy stored in a capacitor.

Next question, do I have to turn off the engine to change the oil in my truck?

Chuck Evans said:
Next question, do I have to turn off the engine to change the oil in my truck?

Actually not. But unless downtime is horribly costly, you might not like the cost of the alternative.

Major SigC telco sites where no commercial power was anywhere near, ran off a trio of Diesels.

Eventually, old oil, cleaned but degrading, was routed out to recovery tankage whilst fresh, full-spec stable, oil was routed in.

Not that they were "never" taken off-line. One, alone, could run the critical stuff, two were mild overkill.

So "the plan" had built-in redundancy / fall-back.. but still..

Oil changes were NOT cause for downtime.

One might surmise that recip powered seagoing merchant vessels are another probable application of similar lube systems, but I wasn't tasked with writing the maintenance manuals for those, so haven't looked nor care enough to do so now.

Mind.. hard to see ANY economic upside for a "truck" vs the common oil change time budget..

Possible exception a "Belarus" mobile-mountain of a valuable ore hauler?

Ferrite core transformers, as found in old CRT television sets have been known to store nasty residual charges after being de-energized (A.K.A. disconnected).

Silicon steel core transformers as found in building wiring installations? No. Just do a live-dead-live test with a CAT III or CAT IV meter like you should be doing anyways. Check for DC if you're concerned about it.

Granted medium voltage systems (a' la 4160V and 13800V) can deliver nasty shocks when switched off due to capacitive coupling picking up a few hundred volts from adjacent energized systems and/or natural phenomenon. That's where ground clusters come in to play.

Just a Sparky said:
Ferrite core transformers, as found in old CRT television sets have been known to store nasty residual charges after being de-energized (A.K.A. disconnected).
Click to expand...

I've working on a lot of CRT TV's and never found that. What you are probably referring to is the 2nd anode connection on the side of the picture tube. The picture tube is a giant capacitor and will store a nasty charge. They can recharge themselves even after being discharged. I always left a ground lead attached for several minutes.

If power is removed from a small transformer like 50KW it's de-energized. If it's in you shop lock-out tag-out will not be required but if not do it!!! If your worried use your 120VAC light bulb, it will make you feel better about touching the wires. If the bulb burns out you didn't disconnect power. Better to toast the bulb than yourself! If somehow there is any residual charge stored in the transformer the bulb will remove it with out so much as a blink!
I would assume you have a diagram to make wiring changes to the transformer, connection must be correct, you just can't play with taps.
C

I like that idea. Might even try using an old heating element I have, something to dissipate residual energy.

Good to see that some in this forum see the difference between
de-energizing and disconnecting.

In general, transformers cannot store sufficient energy to pose a hazard. The energy stored is in the form of a magnetic field, which requires current to continue flowing for the field to be maintained. Disconnecting the current is sufficient to destroy the field within a few cycles (a fraction of a second).

Capacitors are the primary threat, whether as part of a VFD, power supply, or power factor correction.

The prove-test-prove that you do as part of your de-energisation should prove that these energy sources are empty, or alert you to their presence.

There are additional risks when dealing with voltages >1kV (neons, CRTs, and lines) that justify extra precautions (isolating and earthing, typically). A higher risk of inadvertent contact due to one line falling on another, much better insulators that allow stronger static charges to build and stay present for much longer, and higher available fault energies.