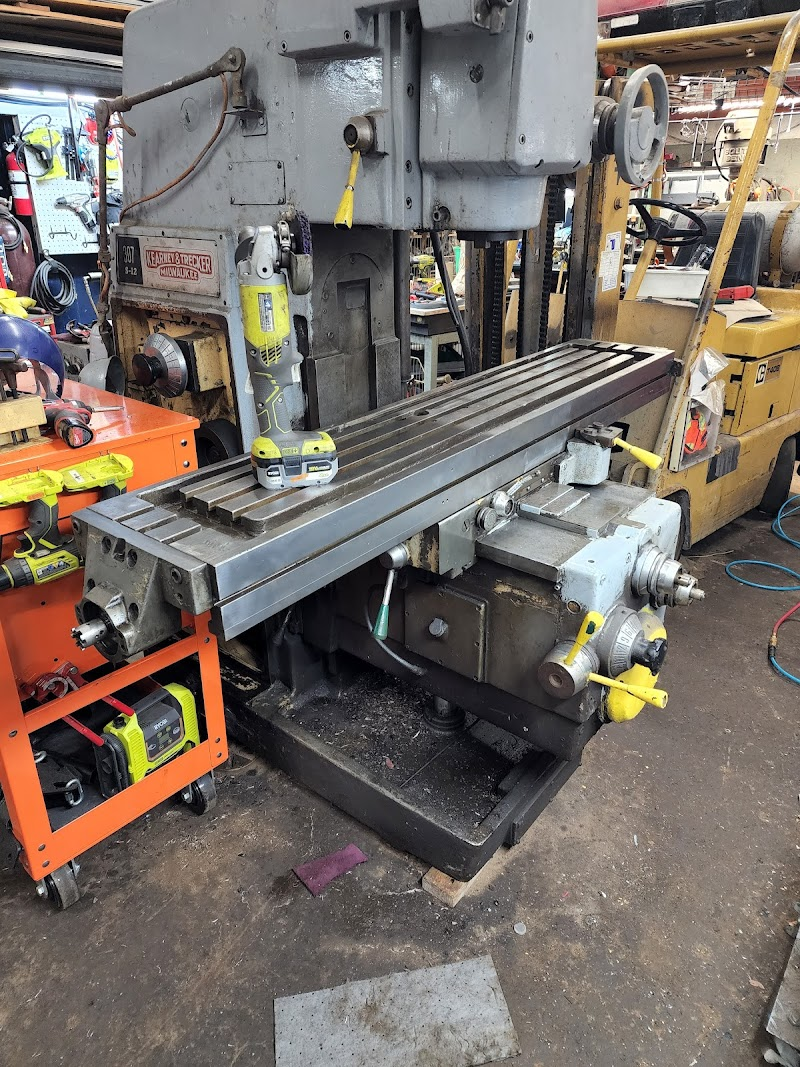 I've been cleaning it up and checking operation. Spindle works, all 4 powerfeeds + rapid works, but speed control on the spindle has some issues and controls are not wired correctly.

Currently the following behavior is present:

Master Start (On main electrical box) -> Starts Spindle (Powerfeed motor off)
Spindle Start (On control pendant) starts powerfeed motor
Spindle stop (On control pendant) does nothing. It engages the white contactor (non-original) when pressed, but nothing happens.
RH/LH Direction Change (On main electrical box) turns machine off if engaged while running, as intended 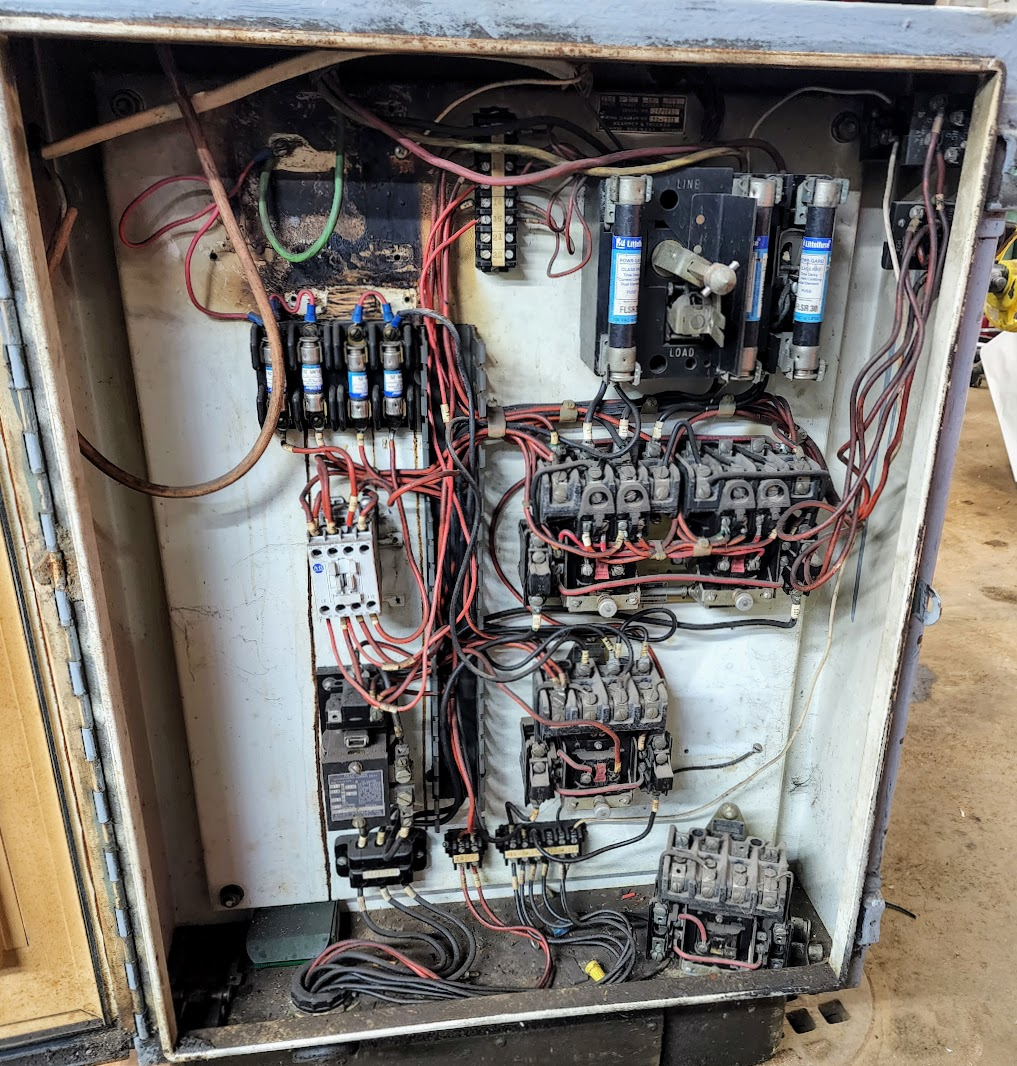 I've started testing hydraulic pressures but the cheapo gauges probably aren't the best. I've ordered some new liquid-filled gauges and will test it properly this week. 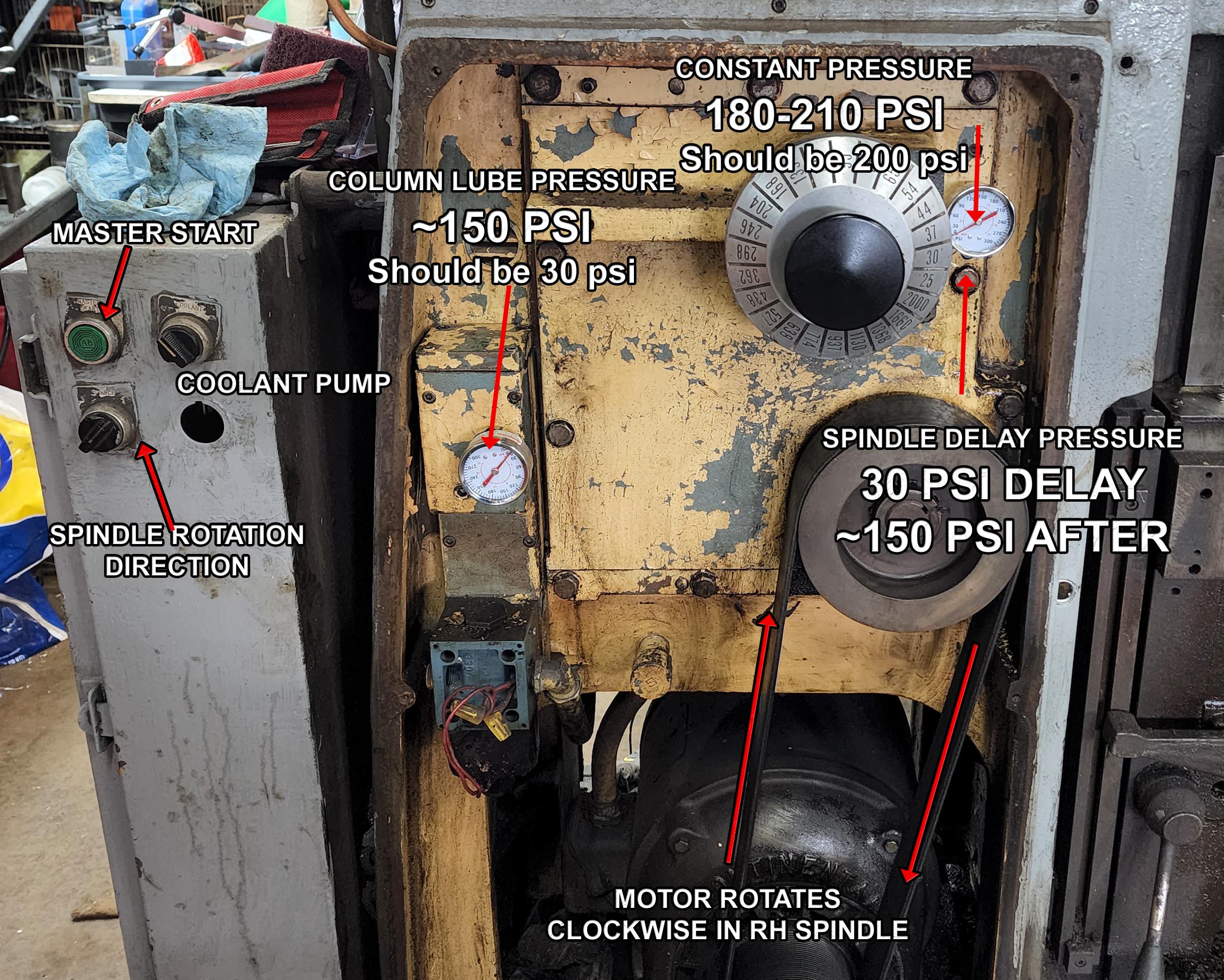 Would like to get the electronics working as intended first then finish testing hydraulic pressure. Though it's unclear how to adjust column lube pressure on my model without the adjustment screw.
D

I found the tag inside lists SD-1303 as the wiring diagram, but wasn't able to find a reprint of that so far 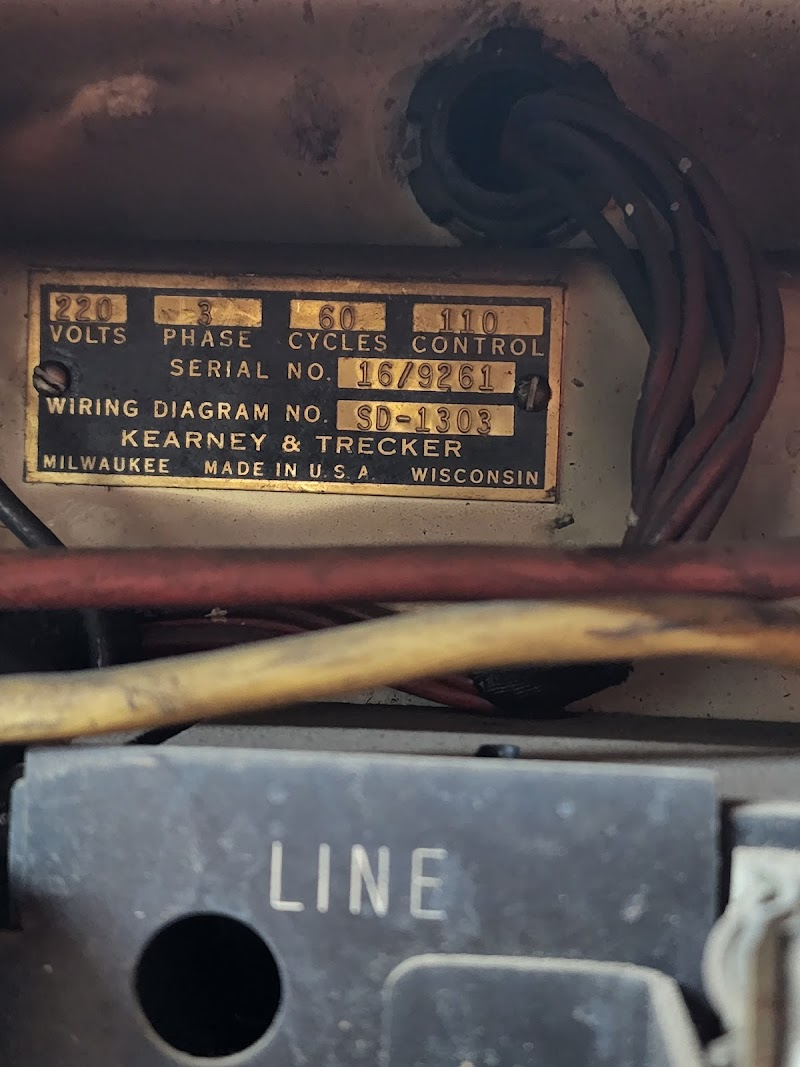 Vintage machinery has a S-12 electrical diagram in their machinery manufacturer reference section.
Not sure how close it is to yours, clearly there have been changes to yours, the Allen Bradley mag starter is one along with the primary controller, so it appears.
You must log in or register to reply here.