well it only took 12 years but its done . like most things it started off with an idea and a drawing . some of what is in the

each other and the other is the bolt face being inside the [recess ] bolt so that i could use the two locking lugs . the other

thing of note is the bolt is retracted fully to the rear [against the bolt stop ] it is a single shot and there is no extractor . after

range monday for its first time out and fired aprox. 100 rounds with out a mishap and after setting the scope was hitting clay

birds at 100 yards [on the ground of course] so not to bad for a 22 rim fire short std. vols. ammo of unknown origin . the rec.

was from a k98sniper [all i got was the rec.] that was trashed it had a big dovetail cut in the ring and you could see the

from this build was a hand me down from an 09 arg that someone at the range gave me after they blew it up. so like they say parts are 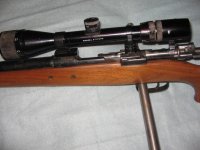 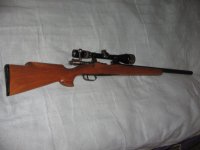 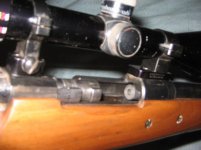 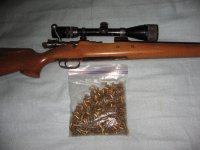 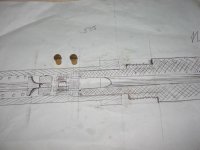 Nice! Got any pics of the bolt face? I like the firing pin idea.
F

Like Gaskill said it is interesting. I too would not mind seeing details. I figured out why the extension on the barrel, to make single shot loading possible/easier. I cannot see an extractor, first look an extractor does not seem possible. Shooting a hundred rounds in one afternoon it cannot be too slow to extract and reload.

A pile of otherwise scrap parts becomes a useful and a nice looking target/gallery rifle, what is not to like.

the extractor is your finger nail on your index finger and it works quite well . as far as pic's of the bolt it is together and i don't

body]there is a slot milled in it that let the firing pin assy. move back and forth about an 1/8" with a spring that holds it back from

the sub bolt face to get this all together there is a slave pin for assy. in the 98 bolt body at the extractor ring under cut there is a

[Winchester did the same thing on there mod 70 in 22 hornet]. here is a few pics of some of the things i am playing with now the one on

mk.4 i ask him if i could look at it and after cheeking it out i told him i am going to make one of these so long story short i took the

pistol out of so i made a poor mans Routledge bore 22 shotgun out of] . so with the back end of that 410 barrel and a demill win. 67

that got cut off at the rec. i bored out the 410 and turned down the 67 keeping the org. chamber put the two together and gun parts

done . now for the top one that was a no.1 mk. 3 dp that i cut the barrel off at the demill hole and retreaded and chambered to 7.62 x 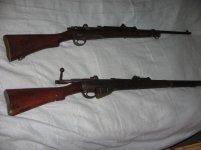 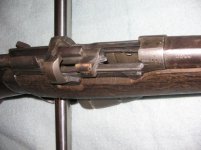 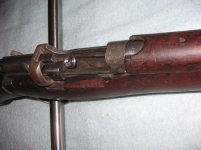 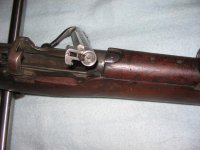 "the extractor is your finger nail on your index finger and it works quite well ." Quote

Yeah, that is the way I would have probably done it. 22 short does not really stick to the chamber anyway. Did not see anything that resembled an extractor and it was hard to imagine how it could even be done. I thought I would ask just in case there was one hidden in there.
F

Did you use a "short" reamer or just ream it long rifle and use shorts? I have a friend trying to make an original bubba modified Krag 22 gallery rifle functional again. Every possible piece that made it unique is broken or bubba-ed, so he has nothing to lose by changing stuff up on it now.

Thanks!....
You must log in or register to reply here.

another one bits the dust