can you post pics of what taps you used? and I assume the holes were blind?
G

MC-Design said:
I also discovered that there is one hell of a difference between the YG1 tap and my trusted Guhring taps..... The YG1 will not back out if it has done any cutting, even chasing the milled thread whereas the Guhring power taps easily snap the swarf off and back out easily and predictably with coolant or tapping fluid (makes no difference that I can feel).
Click to expand...

I had considered mentioning this before, but I hesitated to do so since YG1 are a generally decent brand, and presumably you were getting support from their vendor (Cutwel?) but...

I have had problems with YG1 taps having bad clearance grinds in the past, and generally avoid them.

If it is Cutwel, they also sell UFS which are a more premium brand of tap. Not the best, but pretty good.

Being in the UK, if you do want really high quality taps going forward, get in touch with WNT and ask them for a catalogue, and start buying Reime Noris taps. They are right up there with Emuge as the best taps money can buy.
M 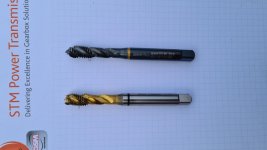 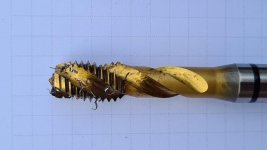 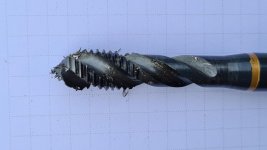 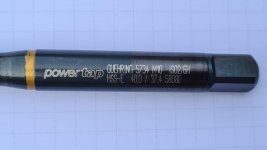 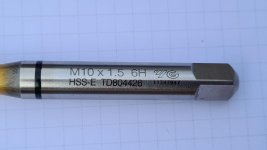 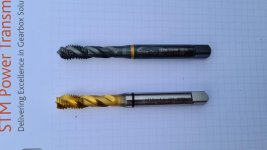 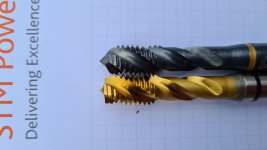 A
Looking at purchasing a New Hurco VM1.

D
CNC is producing a taper in my tapped hole
2