Made in America, 14,000 lbs, enroute to the Lodge museum in South Pittsburg, Tenn.

That large casting looks tricky. Is that rigging DOT legal? Does anything secure the the pan to the trailer?

Looks like a nice piece of work, and great PR. It looks smoother than the Lodge pans I've bought. 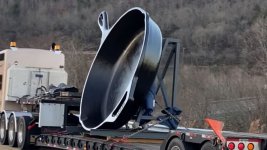 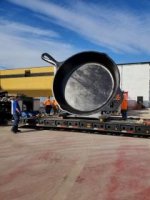 CHATTANOOGA, Tenn. (WZTV) Some Tennessee drivers got quite the surprise Wednesday: a giant cast iron skillet being hauled by a truck along I-59.

It's said to be the world's largest, measures over 18 feet from handle to handle and weighs a whopping 14,360 lbs. But it's just one part of the museum planning to open in late summer 2022.

“In 2021, we celebrated 125 years of Lodge Cast Iron, and as we look ahead to 2022 and the next 125 years, we're thrilled to be bringing the Lodge Cast Iron Museum to South Pittsburg, said Mike Otterman, CEO and president of Lodge Cast Iron. Covering everything from the history of cast iron to how it's used today, the museum is an exciting opportunity to celebrate our community and share Lodge with the world through this unmatched experience.

Lodge has been making cast iron cookware at its family-owned foundries in South Pittsburg, Tennessee since 1896. Learn more here.
D

but heres a tater to go with it 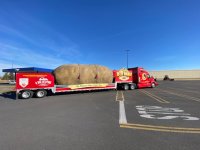 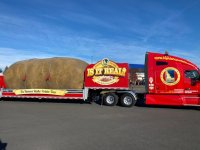 It's too smooth to be lodge.
And too thick to be Griswold.

Regardless the size, the wify will scorch the eggs every time!!!

Its that damn 5G.

Chip Chester said:
"...the wify will scorch the eggs every time!!!"

Naw, mine's been burning eggs since the only g's were in the spelling of eggs.
D

4GSR said:
Regardless the size, the wify will scorch the eggs every time!!!

Mine likes the taste of some browning. So do I.
S

kustomizer said:
Gonna need some really big eggs to be able to even see them in there

What's the diameter of cooking area?

I get it, though - "cast iron".
Birkett Mill's is fabbed.

Still, that buckwheat pancake was a feat! 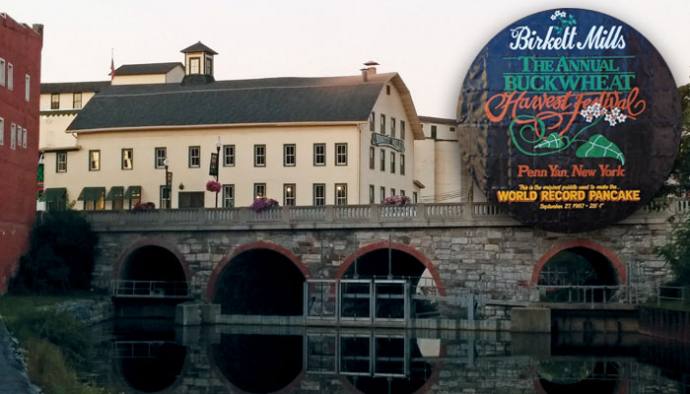 Got me to thinking of the griddle and pancakes in a Paul Bunyan story. The griddle was so large it was oiled with something strapped to ice skates on several lumberjacks. I forget how the pancake batter was poured and turned. I read that story 70 years ago when I was 8 so I have forgotten the details.
S

Reminds me of the old Paul Bunyan tales.

"The skillet was so large we had boys strap pieces of bacon to their feet and skate around to grease it."

Ha, after I posted I see Lathehand beat me to it!
You must log in or register to reply here.