Out with the old Cincinnati mill, in with the new.

Well, I needed space for a new larger lathe for some jobs I have been getting which meant the old Cincinnati No.4 horizontal had to go. Sold it to a local guy here with a bunch of extras. He actually drove it away on a forklift. His shop was about a mile away. Scary but it was a 20,000lb capacity fork. Still around here if the CHP had caught him they probably would have shot him just on general principles.

So I also needed to replace my Lagun FTV-1 as I didn't like the R8 collets as the machine could easily overpower them. Plus a bigger table and better power feeds would be nice. Sold that also. I needed a machine that could replace both but much smaller than a horizontal. I have a CNC mill with large travels so I only do about a job a year on the big horizontal mill and rarely anything that needs the travels. Also I wanted to be able to use the tons of 50 taper tooling I had acquired over the years.

So I wanted a 40 taper vertical, 50 taper horizontal, with a bigger table than the Lagun, power feeds in good condition. Was looking at used Sharp VH3 but they were all hammered. New those are just over $50K so no to that. Slim pickings, mostly Taiwanese machines.

Then the local university shut down its engineering machine shop and got rid of everything. I ended up with a Cincinnati Cinel 60 the school bought new. The machine was used by department machinist so no kids thankfully. He liked flood coolant so the machine looked like it had been hosed down with molasses and aluminum chips but it cleaned up well. The school bought it new in 1965 and I have all the original books and forms and accessories that came with it. Plus a neat Vidmar that came with it that I have never seen before. Posted about that in another thread.

Anyway figured I would show the new machine. Very tight and seems much more solid that the Lagun. Would have liked the 60" table and extra X travel but I figured I got very lucky as it is. 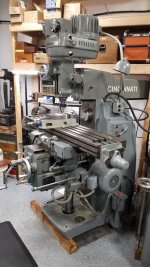 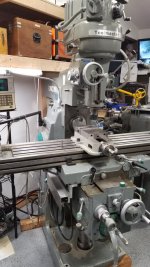 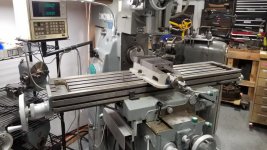 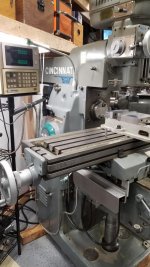 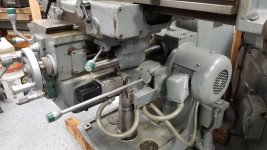 That’s a very nice machine. Just being picky ( that’s what engineers are ) a third axis would have been great on the readout. Other than that - perfect.

That is a nice shop and a really pretty floor.

gbent said:
That is a nice shop and a really pretty floor.
Click to expand...

I always said if I got my own shop I would have a fancy floor. Yeah, I know dumb stuff but little goals like that are important. Luckily I hadn't seen all those videos on YouTube ten years ago when I did it showing how you "should" do it. I went to Home Depot and bought the two part floor epoxy and followed the instructions. Tons of scrubbing with the etch stuff and I have to be honest it has been insanely durable.

The first thing that actually hurt it was the 11,000 lb Cincinnati No.4 when I moved it around using Hillman metal tank skates. When I pivoted it it scraped some paint off. But other than that it still looks good ten years later.

That area of the shop was added just for the CNC's. It's a 24'x24' with 10" thick floors with tons of rebar. I had looked at the specifications Doosan gave me for my DNM5700 and figured it must need that. Plus, materials where cheap then. Also used 5/8" fire rated sheet rock and 2x6 walls with tons of insulation which around here is rare, also 5/8" shear wall and 5/8" siding. The county inspector said if there was a tsunami he knew where to go. Again, materials were so cheap compared to labor then it seemed worth it to spend the extra 15%.

It also has 3 skylights, non opening and I framed out windows but didn't put them in so if I ever want to convert it to something else needing windows I can put them in. Also went a big nuts with the LED lights. I like light. 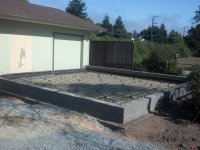 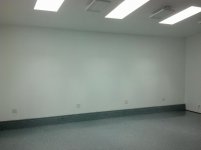 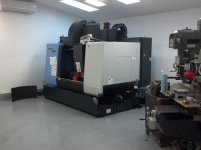 Not where the compressor ended up this was moving stuff in but you can see both CNC's. 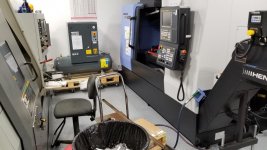 For amusement a photo of a 11,000lb No.4 on a forklift driving down the street. 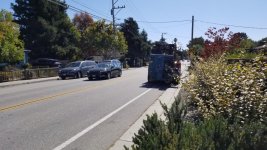