Pics of Moving my Abene mill. Giving a plug to a great rigger.


Machine lifted from the top, with chains to get it off the ground. Then moved along a long corridor to get it outside. My 2500HD wouldn't suffice so I asked the rigger if he could take it with him and store it at his warehouse, and I would come get it later.


Auctioneer's stated rigging / loading cost was $150 . Rigger charged me $250 to take it up to his place, which is about a 2 ish hour drive north of the Airport, which is much closer to me. I picked up the machine around late September or October 2020. I asked him what the storage cost would be but he didn't charge me any, for the 9-10 months. Only charged me the $150 for loading/ rigging + $250 for transport from the Airport to his place and $50 because he had to move it around at his place since it was there for a long time.

I took a skid when I went to collet it; and I bolted the machine to the skid. He loaded it into the Enterprise stakebed truck I had.

Kept in touch with him during the several months he had it at his place.He was always cordial and helpfull. I think the $450 is a good deal. So I figured I would give him a plug here in case any of you are in the Indiana area and need a reasonable priced and capable rigger. He has a landoll type trailer, a lowboy and owns a Versalift 40/60 forklift, along with other forklifts and stuff. He also has a huge pole barn type building that must be insulated because it was not cold inside, where he can store machinery.


Also want to give a plug to Bluemound Storage and Moving in Waukesha. Hard to find a short term storage place with a forklift. They unloaded my mill with the 6K forklift and are keeping it there, $50 a month. My Rivett 1020s is also there, also $50 a month. Mark at Bluemound is great to deal with. Heated very large building. Last picture with the yellow Cat is at Bluemound.
Bluemound Express | Wisconsin Moving & Storage | Movers near me


And last but not least want to tank PM member ADH2000, who kept my Rivett at his place for 4ish months. He unloaded it from the enterprise truck, and later used his stakebed to take it to Bluemound storage.

These picts was taken just outside of Fulcrum Rigging. 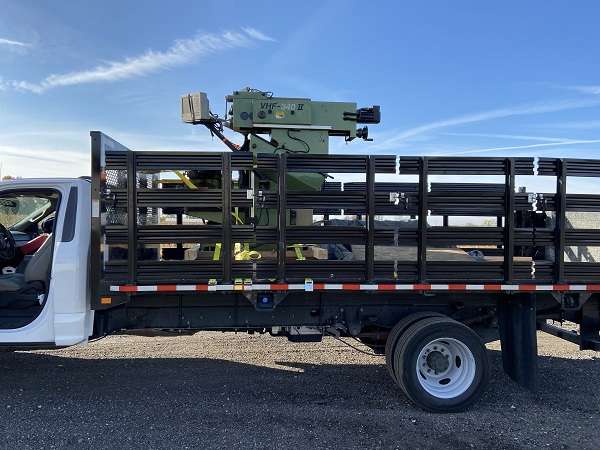 This was taken at Bluemound Storage. 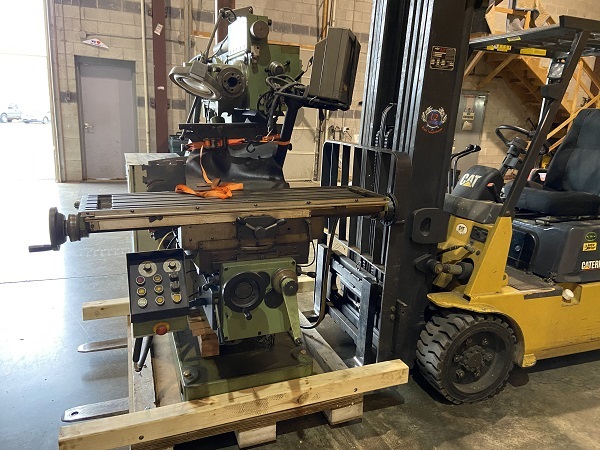 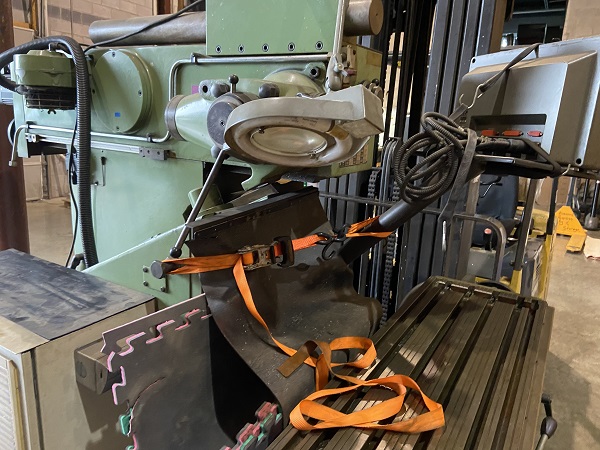 A fair price and a happy ending, that don't always work out, good for you...Phil

Glad it all worked out for you. Now days it is usually horror stories of careless riggers.
T

Where are they based out of? My dad retired and is planning to move, taking his remaining shop equipment with him.

Toolchanger said:
Where are they based out of? My dad retired and is planning to move, taking his remaining shop equipment with him.
Click to expand...

Their shop is in Plymouth Indiana (North West Indiana, about 90ish miles from Chicago)

You can tell him Sri, the guy from Wisconsin, who bought the green milling machine gave his contact info.
M

So why do you have this stuff if all you are going to do with it is pay storage on it?

moonlight machine said:
So why do you have this stuff if all you are going to do with it is pay storage on it?
Click to expand...

I hope to put up a pole barn this year. Can't afford to rent a commerical space , because most landlords want a 1 year lease. Pole barn on some cheap property in a semi rural areas seems the least expensive option.
You must log in or register to reply here.

B
How to find the soft spots in a gravel driveway, best way to fix?

Equipment Moving-Pick up at residence, East to West Haul