Why are my pictures too big? I've posted pictures on this forum for many years and now they are too big? There is a lot of white space with the new upgrade and great big colored dots and things that jump out while trying to read a topic so there must be a little extra space for some normal sized pics. Will you please fix the pics? Thank You
spaeth
S

Seriously, this is an improvement. (cough cough cough) Posting a pic is seriously good to get a thought through. But it is not as simple as it once was. Do this, compress that, save as .asspeg file and link to that and maybe there ya go.
Insect overlords that control things maybe save a few pennies on bandwidth this way.

It is not the file size that determines how big a photo will appear on these pages. It is the height and width that the picture was saved with. In any photo or drawing program there is a canvas size in pixels and that is the default size that many BBs will use to show that image. So one of those 20 or more MegaPixel cameras will produce a photo that is around 5,000 (+/-) pixels wide and tall. My 21" desk top monitor has a resolution of 1680 x 1050 pixels. That means that only about 1/10th of a 20 MegaPixel image can be seen at one time. To see the rest I would have to pan and scroll that image.

The file format that the BBs usually want is JPEG which is a compressed file. A relatively small file can often hold those compressed images.

Around ten years ago the BBs did not process the images. In fact the BBs of that time mostly did not even host the images but instead relied on links to other image hosting sites. And very large images were often used leading to posts that were difficult to even read because the text defaulted to the image width and you had to pan left and right to read each line of text.

Then, due to lower prices for ever larger hard drives, the BBs started to host the images. And when they uploaded them, they automatically reduced the image width to 1000 pixels or less. This means that they would fit on most computer monitors without panning.

The new software for this BB seems to have come from a new company and I suspect that the automatic image reduction function has not been included. That means we are back to ten years ago where every image that is uploaded is displayed in it's original, native size in pixels.

My advise is the same that it was ten years ago. Before uploading an image, open it in Microsoft Paint or some other image editing program and reducing the canvas size to 1000 pixels or less. An 800 pixel width is a good choice. If you go with the default settings, Paint and most of the other programs will automatically reduce the vertical size in proportion to the horizontal width you choose and the aspect ratio of the image will be preserved. Then you can save with a new name, like XXXXX800Wide.JPG and use that new, smaller image for your uploads. That is what I do, just to save storage space on the computer that hosts the BB.

There you have it. The Automatic Image Reduction Function! How about adding that as an upgrade, since the software already exists.
Fix the Pics. Thank you
J

It would be very nice to have something to resize the image built in. I only use my phone, where all my images are, and am unable to provide any pics for items I may sell, inquire about, etc. Really unfortunate.
Last edited: Jun 18, 2022
E

I am facing the same issue, thank you everyone for the comments.

EPAIII said:
The file format that the BBs usually want is MPEG
Click to expand...

Do you mean JPEG?
MPEG is a video file.

So we are pulling them out to see which is bigger???

My desk top monitor, like my den flat screen TV, is the largest size that would fit in the space available.

Besides, I was using it as an example of the typical resolution that is installed on run-or-the-mill computers around the world. In the companies where I have worked, larger desk top monitors were rare because they cost more and the boss was a tightwad. Only he (the CEO) and the head of the IS department had bigger monitors - well perhaps the head of sales too.

In some cases you must shoot for the low end of the spectrum not the upper limit.

Yes, JPEG. I came from the video world. Besides, I probably wrote that at 3 or 4 AM. Gimme a little slack, please.


Mtndew said:
Do you mean JPEG?
MPEG is a video file.
Click to expand...

EPAIII said:
So we are pulling them out to see which is bigger???
Click to expand...

I do not understand. What brand or type of phone does not have photo editing software (apps) available? I have an Android based one and have at least two editing apps installed.


jackalope said:
It would be very nice to have something to resize the image built in. I only use my phone, where all my images are, and am unable to provide any pics for items I may sell, inquire about, etc. Really unfortunate.
Click to expand...

1680 x 1050 is what I am using. And I believe mine is also a 22" size. But many screens are less. Often they are deliberately set to lower display resolutions.

I still recommend a picture width of 800 to 1000 pixels if you want it to fit on the majority of screens. The BB software also takes up a bunch of that horizontal space. Perhaps there is a setting to change it, but right now this thread is only taking up about 2/3s of my screen's width. Probably around 1000 pixels. The rest is margin for the poster's name and avatar on the left and just white space on the right.

But you can experiment with wider photo widths and let us know what you think is best. And why.

So I've spent way too much time trying to resize a photo to fit in the little box. Outside of the box is all these big round buttons and space with NOTHING. How about we make some of that available for the same picture posting procedure we had before the all new amazing all you gotta do is right click the paint icon, save to another folder, left click the zoom minus button, and then you will have to put that in a reply to thread after you've posted a responds to someone else's post. I'll admit I'm not a wiz at keeping up with the upgrades, updates and latest greatest software changes the world throws at us. Maybe one day I'll get it, but not today and tomorrow don't look good either. I'd much rather run machinery instead of fooling with 'advancements' like these that waist my time.
Fix The Pics please.
E

jackalope said:
It would be very nice to have something to resize the image built in. I only use my phone, where all my images are, and am unable to provide any pics for items I may sell, inquire about, etc. Really unfortunate.
Click to expand...

Have your girlfriend show you how. They've got all that retouching stuff figured out. Don't want to see no blemishes ! 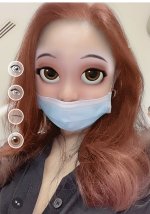 EAIII said:
poster's name and avatar on the left and just white space on the right.
Click to expand...

I bet there's a CSS file somewhere that we could edit to get rid of that, but mum's the word .... that's what all the https crap is about, making sure that the proper ads get delivered, not "security" but we're such a bunch of gullible dodos ...

But you can experiment with wider photo widths and let us know what you think is best. And why.
Click to expand...

I agree with you, used to be 1024x768 but these days, most people have higher res screens so I go 1200x1600. That's still a touch under the 1 meg limit this site has, seems to work okay, has a little better definition than smaller.

EPAIII said:
What brand or type of phone does not have photo editing software (apps) available?
Click to expand...

Kyocera DuraXE E4710. I got it because you can drive a truck over it without damaging it, and hear it at a construction site, not because I want to make pretty pictures with it. It's a flip phone, no touch screen. It's a fine phone, not a personal digital assistant or a mini-tablet.
E

With a resolution of 240x320, I'm not sure that's a great device to be looking at photos on anyhow

Well, I am not going to sit here and criticize your choice of phones. But do you use it to post messages here? Or do you use a lap top or desk top computer or a regular tablet? I have used flip phones and now have graduated to smart phones. I don't have to worry about trucks driving over it or excess noise but I still do all my posting with a desk top computer.


sfriedberg said:
Kyocera DuraXE E4710. I got it because you can drive a truck over it without damaging it, and hear it at a construction site, not because I want to make pretty pictures with it. It's a flip phone, no touch screen. It's a fine phone, not a personal digital assistant or a mini-tablet.
Click to expand...