Strostkovy said:
Late to the party but I've personally had issues with mig welders that turned out to be a sticky regulator. We were only able to tell because I watched the gauge while another guy welded and it would work fine for a bit, then the pressure would go down to almost nothing then spike back up to normal like nothing happened.
Click to expand...

That would be very tough to track by yourself.
R

Cole2534 said:
Was fabbing up a small frame and I can't get this steel tubing to TIG weld for shit. It pops and spits and won't take a good bead at all, autogenous or with fresh er70s6. Tungsten is sharp and clean, 15chf on the argon. Material was buffed bright with a flap wheel. 3/32" tungsten, #7 cup with standard collet body. 5/16 - 3/8 stickout.

What the hell? I got 1 good weld (uphill) and the rest look like shit. Even just ran a puddle on a hidden part of the frame and that was porous.

I'm out of stuff to try. 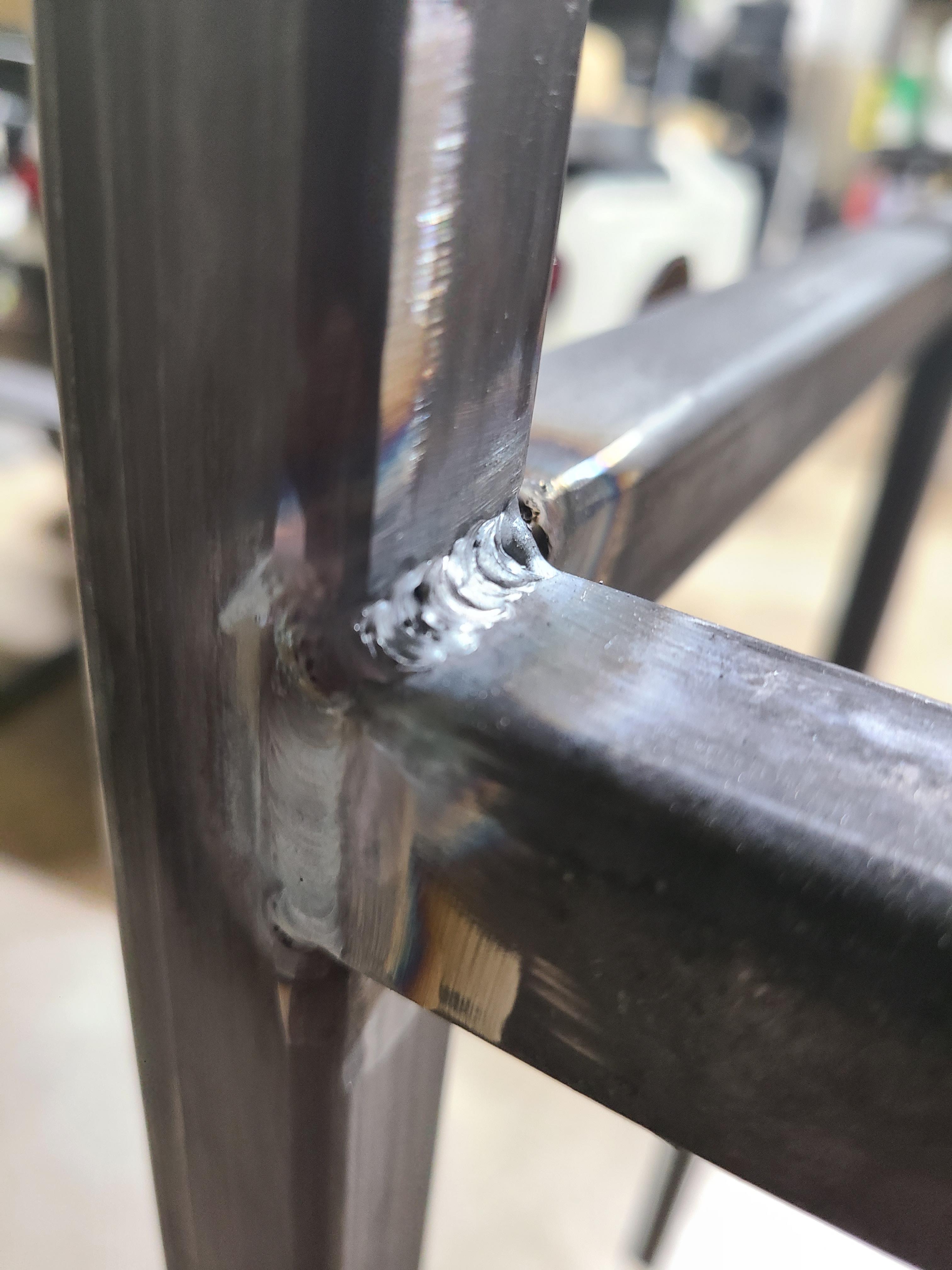 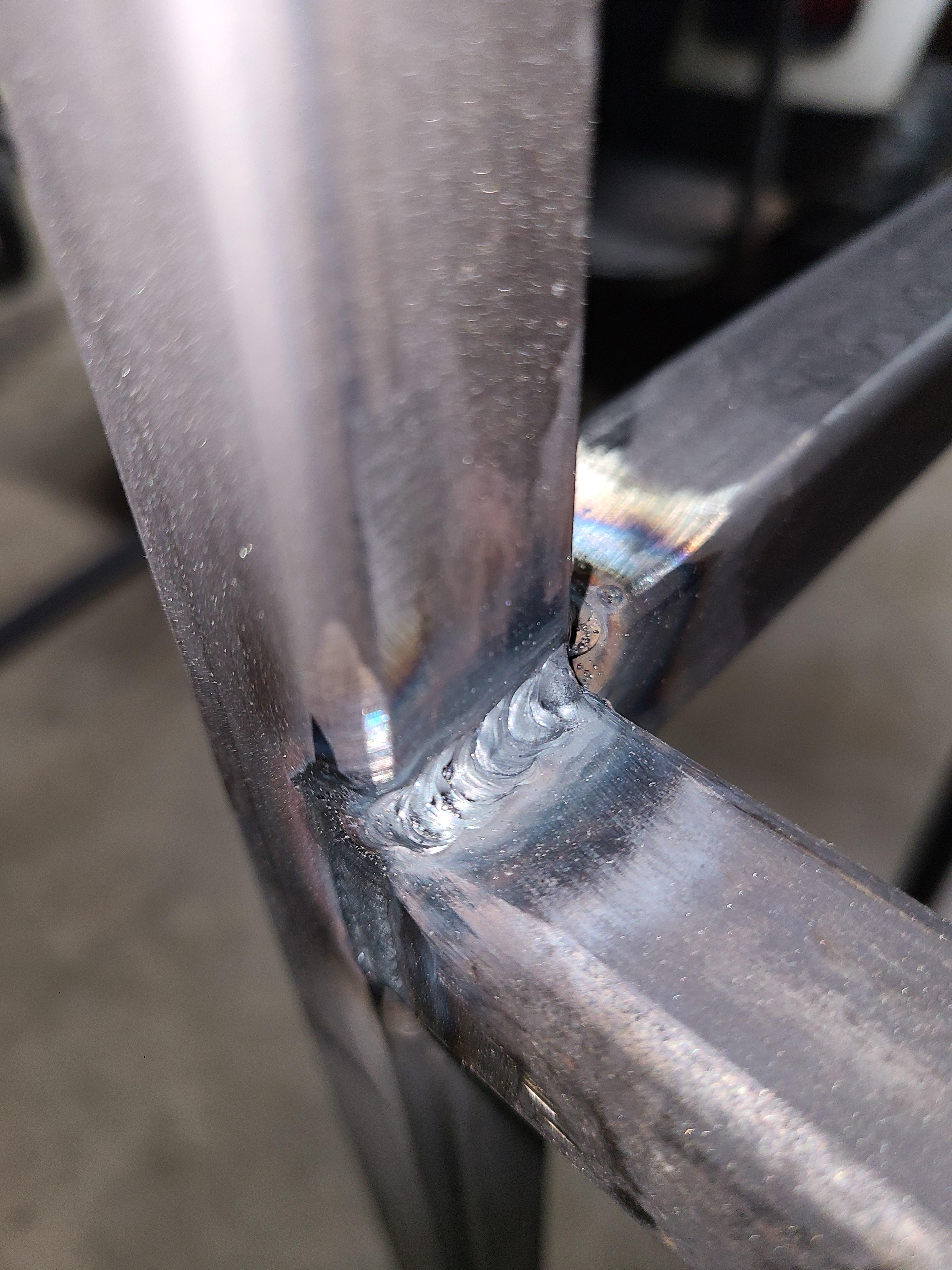 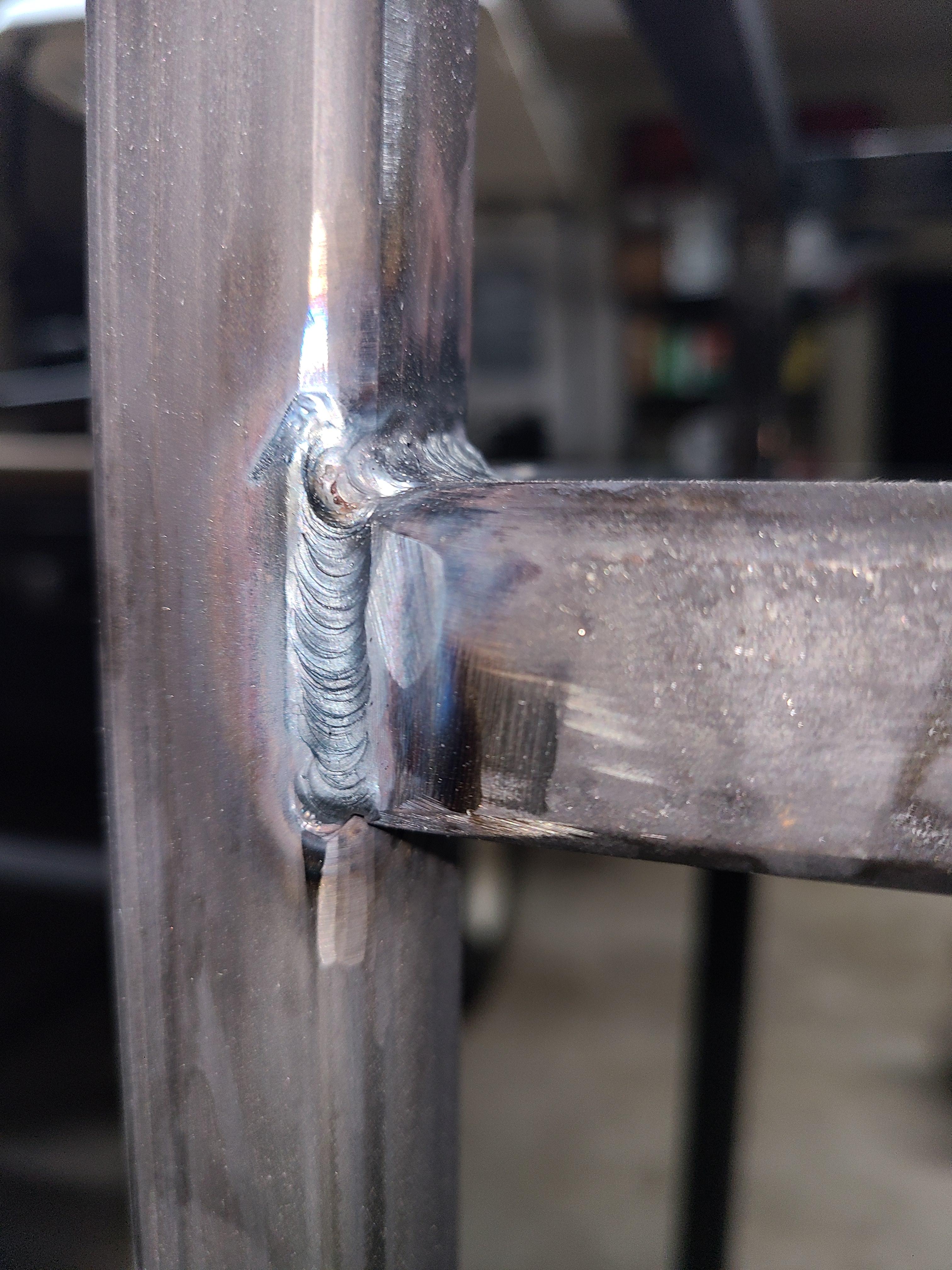 Try wiping the weld area down with alcohol to remove any oil. It looks like you may have hydrogen embrittlement do to contaminates. It's cheap and may be worth a shot!

I had something like this happen on a structural fixture I was building up several years ago... every piece went together beautifully, except for ONE segment. Several minutes later, a co-worker was cutting another piece from the same stick, and the blade on the saw simply stopped cutting, and just bounced off.

Turns out, there was something that went wrong in the manufacture of that stick, it was loaded with areas that were rediculously hard. It ruined my entire fixture. I pulled it out of the shop, along with the rest of the sticks we ordered for it, and sent it back to the supplier. They took an automatic center punch to it, every face, at one inch intervals, and found that about half the shipment was bad. They hot-shotted a replacement shipment from a different batch before end-of-day, and I built a new fixture that night.

Timely! Was recounting this story to a colleague and he had a somewhat similar experience.

He was doing skid/equip design for Halliburton and they would get random mechanical failure of some high strength fasteners. Material composition was in spec, as was heat treat and coating, but they'd have some occasionally part.

Turns out the steel had some nonmetallic inclusions. The steel met spec, he didn't specify the alloy, but had some debris that led to premature mechanical failure.

I found the issue in my case, a contaminated flap wheel. His case required an SEM and some high dollar materials whiz kids in Duncan, OK.

Glad you figured it out. I was gonna tell you to just walk away, and go play with the new pacemaker.
You must log in or register to reply here.

make sure 308L tig rod is in your arsenal

How can a machine ground affect a welding arc?