The temp control on our heat treat oven died, it is an old analogue type (I guess that is what it would be called).
Would this item serve as a replacement?
http://cgi.ebay.com/ws/eBayISAPI.dll?ViewItem&item=7565874211&sspagename=ADME:B:AAQ:US:1


Seller says "no problem" but I have my doubts. I know I am not providing much info to go on but would be intereted in your general opinions
Bob
D

Should work fine... I assume you have a Type K T/C, on your oven... When we started our shop, we bought an old Huppert oven, that had been changed over to a digital unit (Watlow), It did not work correctly...

I called The factory, they faxed setting info... I set the parameters... Still using it 12 years later...

Don't know anything about the specific brand, but in general a PID control should work well for controlling a HT furnace. You should be able to control the rate at which the temp ramps up with this control, as well as controlling the setpoint. As a PID control reaches the setpoint, it will begin to pulse the power to the heating elements to prevent overshoot, and the temperature curve would gradually flatten out and hold at the setpoint. About 12 or so years ago I installed several PID temp controls made by Honeywell on some steam heated dry kilns at a local hardwood lumber mill. We did other work for the owner, and when he asked me about installing them and setting them up, I tried to weasel out because, other than remembering from college that PID means proportional integral derivative, I knew not one damn thing about them. His answer was that he didnt even know what PID meant, so I was therefore more qualified than him

Anyway, by spending a while looking at the literature, it was easy enough to understand how to set one of them up. They are far better for temp control in many applications than would be a simple thermostat where power snaps off at the setpoint and then snaps back on once the temp falls an amount equal to the differential. One thing I did notice is that the contacts in this control are good for 7 amps, so you'd most likely have to use it for pilot duty. In other words, it would make and break power to the coil(s) on power contactors for your furnace as opposed to wiring power to the elements directly thru the contacts on this control. That shouldn't be a problem though, as your current control is probably used in a pilot duty setup anyway. The foregoing is the sum total of my knowledge, so if you have further questions, please aim them at someone else

Just for reference of where electronic prices have gone over the last several years, the Honeywells I installed cost roughly 100 times as much as the control you referenced on ebay, and that was with the guy buying 6 or 7 of them at once.
M

I've made a fe convection ovens that we use to heat treat and dry bamboo before it's fashioned into fishing rods, and they are all PID controlled. I would suggest that you look for a PID controller that will drive a solid state relay. This type of controller wiil have a logic voltage (DC) type output. Then you can purchase the relay that is suited to your needs. I've used the logic output type PID controllers on all the ovens I've made, and it is the simplest to install and hook up.

you can get SSR's in all different kinds of flavors, you dont have to drive them with DC.

I personally dont like SSR's, I'd rather have a definate purpose contactor. When an SSR fails, it almost always fails in the on position...I've seen more than one kiln meltdown due to this failure.

It should work. The learning curve to program your first one can be a bit steep, but once you figure one out, you just have to learn the different buttons. 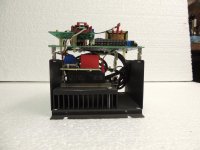 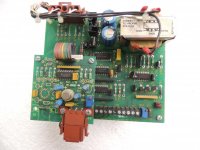 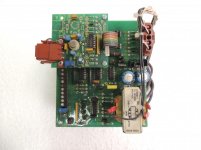 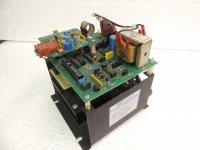