Gassed up your car this week? If so, you might want to thank Conroe Machine LLC. That’s because among the many parts machined by this specialty job shop in Conroe, Texas are most of the components used to build downhole positive displacement motors (PDMs.) Known in the oil and gas industry as mud motors, they are commonly used for directional drilling of oil and gas wells. And without mud motors, the oil and gas needed to power our vehicles and heat our homes would stay forever underground.

James Wardell gets a little credit, too. The programming technology manager at Conroe Machine, Wardell was part of the team that implemented VERICUT toolpath simulation software; without VERICUT, the company’s machining operations would be less efficient, less safe, and much less predictable. 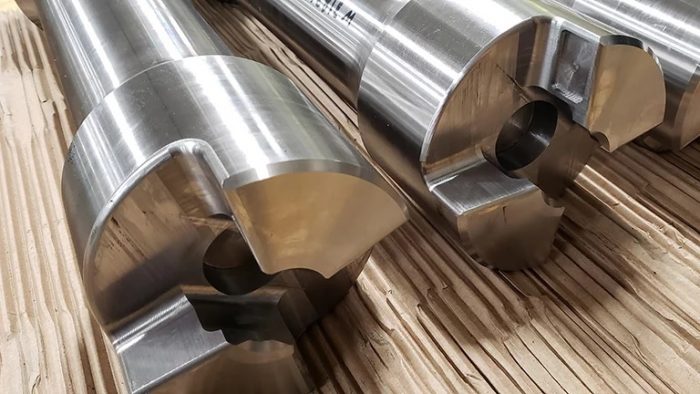 Conroe Machine produces many components for directional drilling of oil and gas wells.

“Machining has grown more complex over the years,” he said. “It’s no longer just linear moves and simple arcs. You have dynamic roughing paths, 3D surfacing, simultaneous four- and five-axis cutting—you can’t expect a machinist to catch program errors in these situations. That’s why we needed a tool that can verify our NC programs and give us confidence in advance that everything’s good to go.”

As Wardell pointed out, Conroe Machine produces much more than mud motors. Since 2000, this 160-employee, 65,000 ft2 ( 6,039 m2) facility in Conroe’s North Industrial Park has machined a wide array of high-precision parts for the likes of Halliburton, National Oilwell Varco (NOV), and Global Drilling Support International. These parts include subsea components such as stab plates and various control valves, many made from Inconel, Nitronic 50, ToughMet, and other challenging materials, but the company also has extensive fabricating and engineering capabilities.

“We make bearing races, housings, and PDM transmission parts by the hundreds of thousands, but we also do a lot of low-volume and prototype work,” Wardell says. “Much of what we do here centers around the oil and gas industry. After the last downturn, though, we’ve tried hard to diversify our customer base, and have expanded our service offering accordingly.”

Part of that expansion was the purchase of a Toyoda SB316YM, a fixed rail bridge-style five-face machining center with 22,000 lb (9,979 kg) of table capacity and 118″ (300 cm) of X-axis travel. Wardell and others there call it the company’s flagship machine. Just prior to its installation, Conroe Machine switched its programming system to Mastercam and invested in the previously-mentioned VERICUT software from Irvine, Calif.-based CGTech Inc., a provider of numerical control (NC/CNC) simulation, verification, optimization, and analysis software technology for manufacturers. 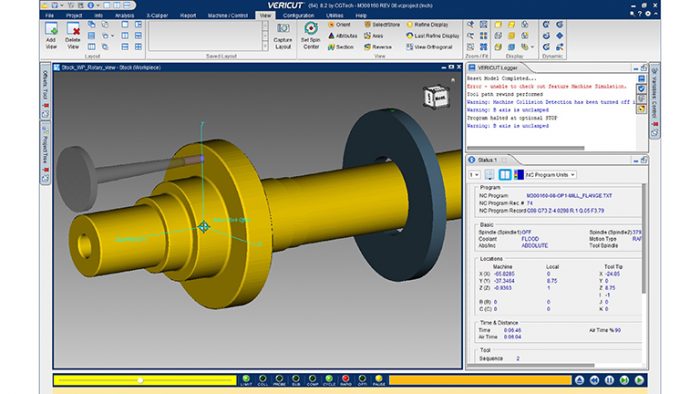 One of the many components machined on Conroe’s bridge mill, a machine tool with higher than normal crash potential due to its five-sided machining capability.

The shop had plenty of other reasons to purchase VERICUT. Conroe Machine boasts an impressive array of CNC machine tools, including an Okuma LU45 II four-axis lathe, Doosan DMV 5025 and 3016 machining centers, a 120″ (305-cm) Mighty Viper 3100 vertical milling center, and more. It was the tremendous crash potential that comes with five-sided machining, though, that helped convince the management team of the necessity for accurate toolpath simulation.

“We also have several automated production cells, with inline inspection and robotic part handling, but it was the bridge mill in particular that got us thinking about VERICUT,” Wardell explained. “We wanted a way to verify that the post-processors on our new CAM system were accurate, and that we could catch any programming errors before they got to the production floor— possibly damaging the most expensive piece of equipment in our shop.”

That was five years ago, and Wardell said VERICUT continues to prove its value every day. “We have not had any crashes due to programming error since implementing VERICUT. We have had a couple missed dimensions here and there—stuff that I might have fat-fingered or forgotten during programming, but that’s why I started using the AUTO-DIFF function in VERICUT: to make sure everything is where it’s supposed to be, and that I didn’t miss anything.” 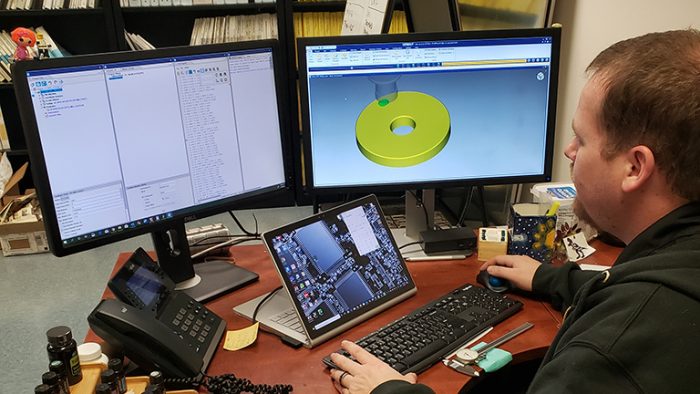 Aside from crash avoidance, VERICUT also reduces setup times. Because the operators can see the entire program in advance, there’s less guesswork and less apprehension. Wardell hasn’t tracked how much time the company has saved, although he says it’s significant. “It simply takes a lot longer on an unverified program. The operator has to meticulously dry run each line, with his hands on the override and feed hold the entire time. With a VERICUT program, they can just go for it.”

In fact, noted Wardell, the machinists at Conroe no longer trust programs that haven’t first been run through VERICUT. This is a rare occurrence in his department, though, and about the only time he doesn’t simulate the entire program is when using a specially-shaped cutter or other unconventional workholding, and he hasn’t had time to model it in his CAM system.

This is an important point. For those shops thinking about VERICUT but concerned about the amount of workholding and toolholder modeling necessary to exactly replicate the machining environment, Wardell said don’t be. He explained that he’ll sometimes draw a rough outline around non-standard tooling, “just enough to detect a collision,” and said he never did model the entire machine tool—only those areas where interference with a toolholder or fixture is a distinct possibility. 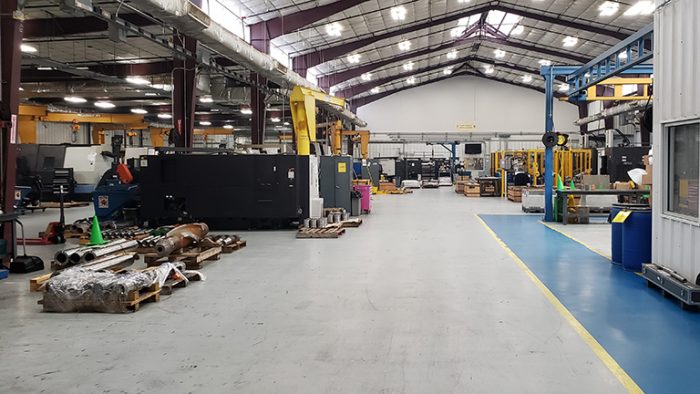 “I love VERICUT,” he said. “If there’s any way I can use it, I will, and the operators feel the same way. If they’ve had to edit the program, for example, they’ll ask me to simulate it again, just to be sure they didn’t miss a decimal point or a minus sign. We pride ourselves on being a cutting-edge shop, and we are always looking for technology to make our shop more efficient, safer, and better equipped to maintain our high-quality levels. VERICUT definitely helps us achieve that.”