Robotmaster 2023 bridges the gap between CAD/CAM and robotics by enabling seamless integration between a user’s chosen CAD/CAM software and Robotmaster. This automatic integration eliminates the need to import and sync data for a 75 percent reduction in programming time. It also removes the programming errors that can happen when using a manual process.

In addition, the new Robotmaster version allows for the creation of libraries that provide a more convenient way to store and reuse robotic cell components. Users can easily preview and select components within the library and save modified or proprietary components for later use. This will reduce the cost of building and editing a cell by approximately 50 percent. Jobs that used to take an hour will now take 30 minutes. 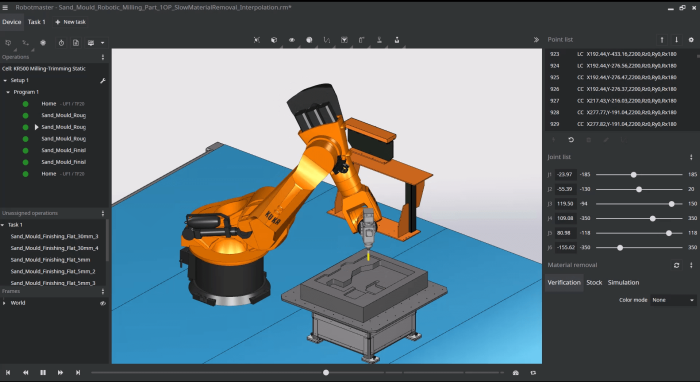 Software developers have also added several customer-driven improvements. These improvements support the latest CAD formats and include enhancements to the CAM modules, UI (user interface), and UX (user experience) to facilitate the creation of trajectories and further improve programming.

“We listen carefully to feedback from Robotmaster customers and are always working to make our robotic programming software even easier and faster to use,” said Miguel Morales, an applications engineering manager for Hypertherm Associates’ Robotmaster brand. “The features introduced today will empower CAD/CAM users to transition their processes to robotics knowing they can confidently program their robot.”

“Robotmaster 2023 improves upon an already powerful and intuitive user interface to make robotic programming easier and faster,” said Carlos Marcovici, Eng., Director of RobotM-Br, a Robotmaster distributor in South America. “The new functionality is very focused on delivering on customer needs and requests, and processes like deburring, trimming, polishing, welding, milling. The new bridge, for example, gives our users flexibility in their programming workflow. Whether they wish to use a CAD/CAM package for path trajectory creation or leverage Robotmaster’s integrated path generation functionality Robotmaster is part of the solution.” 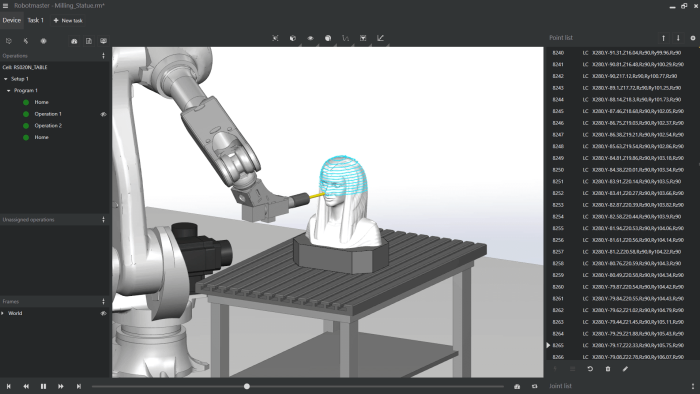 Robotmaster, a Hypertherm Associates brand, is offline programming software for robots that helps manufacturers maximize productivity on production runs of all sizes. Robotmaster makes programming parts of any complexity quick and easy as a result of its integrated CAD/CAM functionality. This intuitive and powerful solution is designed with process experts in mind reducing the need for programming and robotic expertise. Learn more at www.robotmaster.com.

Hypertherm Associates is a U.S.-based manufacturer of industrial cutting products and software. Its products, including Hypertherm plasma and OMAX waterjet systems, are used by companies around the world to build ships, airplanes, and railcars; construct steel buildings, fabricate heavy equipment, erect wind turbines, and more. In addition to cutting systems, the company creates CNCs and software trusted for performance and reliability that result in increased productivity and profitability for hundreds of thousands of businesses. Founded in 1968, Hypertherm Associates is a 100 percent Associate-owned company, employing approximately 2,000 Associates, with operations and partner representation worldwide. Learn more at www.HyperthermAssociates.com.